By David T. Valentin Christopher Peterson / SplashNew If you didn’t know already, Jennifer Lawrence is pregnant with her first baby with her husband Cooke Maroney! The news was confirmed a month ago by People magazine, but now Lawrences pregnancy was confirmed by the public eye. Just a few days ago, Lawrence and Maroney were spotted on a mid-afternoon walk in New York City along with Lawrence’s noticeable baby bump. The 31-year old actress Wore a comfortable navy jumper with

By Lori Perkins Image Taken From VanityFair Quietly. It’s kind of amazing to see Lena Dunham, the woman behind Girls, do anything quietly, but here we are in pandemic fall 2021. About six months ago Lena Dunham was gushing over her new boyfriend, Luis Felber, an English-Peruvian musician who produces under the name Attawalpa, in The New York Times. We are told they locked-down together and held a small secret wedding ceremony this past weekend in London which included close

By David T. Valentin Image Taken from Bad Bunny's Instagram One of the internet’s favorite Puerto Rican singer/songwriters finally made his public debut with girlfriend Gabriela Berlingeri, a jewelry designer from San Juan, after four years of dating. On Thursday night, the two showed up to the red carpet at the Billboard Latin Music Awards in Florida, Bad Bunny wearing a loose fitted sky-blue suit and his date, Berlingeri, wearing a pink, green and black patterned dress whic 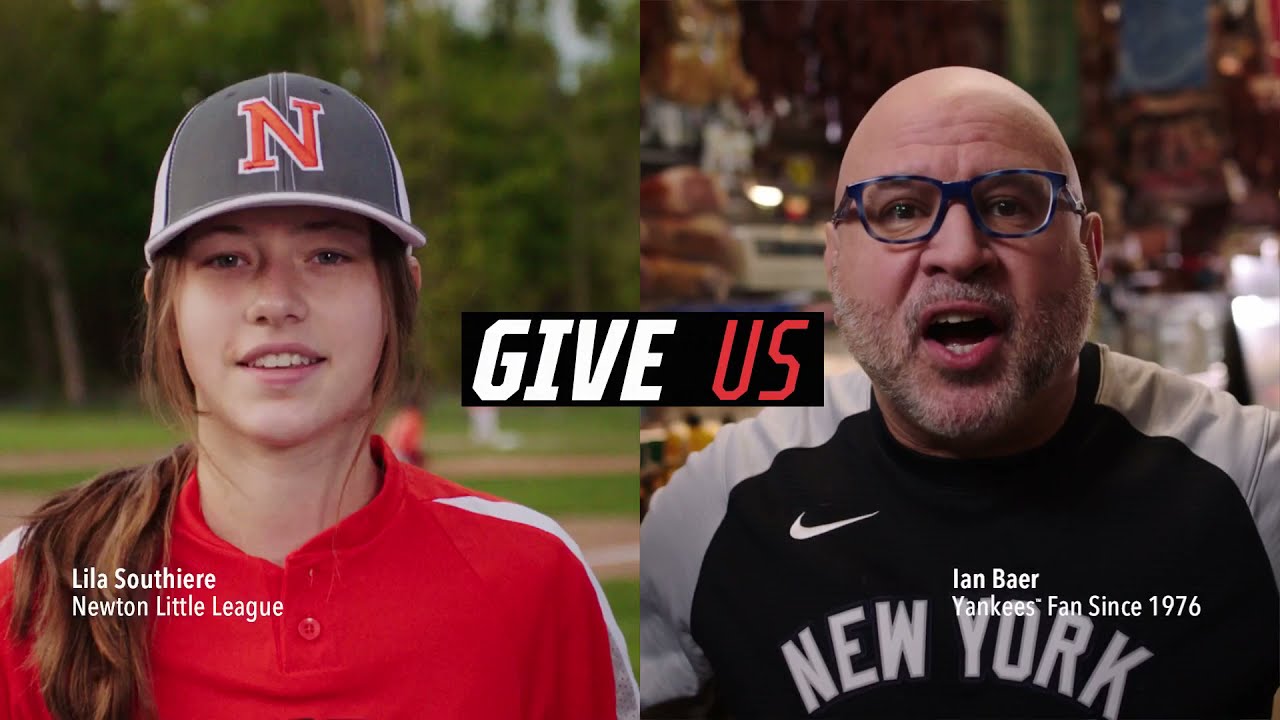 David T. Valentin Riverdale Avenue Books Publisher and die-hard Yankees fan Lori Perkins is featured in a televised national ESPN ad this week as the Yankees face their final series with arch-enemies, the Boston Red Sox. The ad, which is airing on the ESPN sports channel for the weekend features Ms. Perkins, as well as a host of other Yankee fans, talking about how the Yankees and the Red Sox have been rivals over the decades. In the ad, Ms. Perkins says, “We don’t like the

By Lori Perkins While it’s not the famed We Love NY Homecoming Concert, there’s another big concert streaming from the Great Lawn in Central Park today featuring the likes of J Lo, LL Cool Jay, Lizzo, Cyndi Lauper and Coldplay, to name just a few. The concert, hosted by Global Citizen is intended to raise awareness on how the world needs to unite to fight climate change and the pandemic. Timed to coincide with the UN General Assembly and G20 climate meetings, the festival cul

By Lori Perkins Billed as the highest amount of money ever paid for a published work by a woman, Christie’s auction house in London announced the sale of an almost pristine edition of Mary Shelley’s Frankenstein, bound with its original boards. All the articles emphasized that the sale price was exponentially higher than the anticipated $200,000 to $300,000. Personally, I am just amazed that the auction house was unaware of how important this book is to the overall history

By Lori Perkins In the wake of the passage of the recent draconian Texas abortion law, the dating site OKCupid has opted to offer members a “Pro-Choice” badge to users’ dating profiles, which will appear prominently on users’ profiles. Those members who use the badge will be donating a $1 To Planned Parenthood through OKCupid. According to The New York Times, Melissa Hobley, OkCupid’s chief marketing officer, this feature was created in response to the passage of the restrict

Elvira Comes Out as Bi in New Memoir

By Lori Perkins We’ve all waited years for Cassandra Peterson’s memoir, and were excited just to read what the life and times of The Mistress of the Dark was like, so no one expected the blockbuster news that Peterson had been in a loving relationship with a women for the past 19 years. In the just-published memoir, Yours Cruelly, Elvira: Memoirs of the Mistress of the Dark, the horror queen revealed that after she divorced her husband a friendship with a fellow divorcee turn

By Lori Perkins You knew it was coming after all the Bridgeton infatuation. It just took a moment to figure out exactly how to do it in a contemporary way. So, what is it you ask? It’s a way to replicate some of the distinctive fashion from English high society between 1811 and 1820. But, it’s not like we are all going to start wearing empire waste gowns to work from home, so it’s the little things that count like jewelry and accessories. Every major museum – The Met, The Lo

By David T. Valentin TikToker NOTJoshingWithYou finds an unexpected lesson of gender inclusivity language from the show Great British Bake Off. In NOTJoshingWithYou’s TikTok video, they observe that in the show the judges always address their contestants as “bakers” rather than using gendered language to address them. They go on to explain how this can be applied to other industries and social spaces. For example, as a teacher referring to kids as students or readers and wri

Book Review: For the Love of April French by Penny Aimes

For the Love of April French by Penny Aimes Reviewed by Laura Fliegel Scorching ★★★★★ Gosh, I adored this book so much!! April French doesn’t date, but she does enjoy her trysts and dalliances and friendships and community at Frankie’s, a kink bar in Austin. One night she meets Dennis Martin, who recently moved to Austin from Seattle, and they immediately connect. This book feels like a warm hug, which feels like an odd sentiment for a book with kink so central to the relatio

Raising LGBTQ Allies by Chris Tompkins Reviewed by David T. Valentin LGBTQ+ Nonfiction (Adult) ★★★★★ At first when I saw Tompkins book Raising LGBTQ Allies I was curious if it was actually a deep dive into raising LGBTQ+ children or if it was just a simple “How to be a good ally,” written by a straight, cis man. But immediately after beginning the first chapter, I was blown away. What I had thought was going to be an easy, “be nice to Queer children” book quickly became an in

Basic Civil Rights in the United States Continue to be Threatened

By David T. Valentin It’s only been three weeks since Texas enacted the Texas Heartbeat Act, a law that would see through a six-week abortion ban that relies on private individuals who would enforce the ban and giving them chance to sue anyone who performs or facilitates an “illegal” abortion. Now they move swiftly to overturn civil rights protections against LGBTQ+ people and, quite possibly, many others. One of the main architects of Texas’ SB, Jonathann Mitchell, helped wr

By Lori Perkins I’m older and a little jaded, and living through a pandemic, so I don’t tear up at the “feel-good” stories like I used to, but this one from The Washington Post had me sniffling through my morning coffee. Dashauna Priest was in third grade in Ohio when her class wrote letters to veterans. She chose Frank Grasberger, then an 83 year-old WWII veteran of the Battle of the Bulge. Her simple, hand-written and illustrated thank you letter so moved Grasberger that

By Lori Perkins Image Taken from Jared Polis' Twitter Gov. Jared Polis, 46, the first elected out United States Governor, married his partner of 18 year, Marlon Reis, 40, in a traditional Jewish ceremony in Boulder on the anniversary of their first date, with their seven year-old daughter as flower girl, and their nine year-old son as the ring bearer. Reis shared that when his son asked him why people get married, he answered, it’s an “expression of the caring that you feel f
1
2