By David T. Valentin The long-awaited Umbrella Academy season three dropped just yesterday and fans are abuzz with excitement. To those who haven’t seen the season now, turn back now and avoid social media altogether! This will have spoilers to episodes one through three. After Elliot Page’s transition, many fans of the show wondered what would happen to Vanya Hargreeves. Elliot Page had come out addressing the issue after coming out, mentioning they wouldn’t be opposed to pl

We Should All be “Relentlessly Gay” for Pride

By Lori Perkins This seven-year old Washington Post story about a “Relentlessly Gay” front yard popped up in my Twitter feed this month, but I didn’t read the date, so I thought it was new this year…and it charmed me. The story in brief features a catty note from a “concerned neighbor” to a Baltimore home’s front yard they accused of being “relentlessly gay” which read, “Your yard is becoming Relentlessly Gay! Myself and Others ask that you Town It Down! This is a Christian a

By Lori Perkins I have always thought of this marriage as akin to the Jackie Kennedy/Onassis marriage, except without the class, so it’s no surprise that it’s over between the billionaire media magnate and the 80’s It girl. I’m actually surprised they managed to be married for six years! This was Murdoch’s fourth marriage. He was previously married to Wendi Deng from 1999 to 2013, whom some have speculated was a spy. Hall was married to Mick Jagger, the rock star and lead sin

The Last Session Vol. 1: Roll for Initiative by Jasmine Walls and Dozerdraws. Reviewed by Chris Jimenez Fantasy ★★★★★ Any longtime Dungeons and Dragons player knows that the hardest monster to overcome isn’t a dragon, lich or the dread tarrasque, but the sheer difficulty inherent in managing the personal stressors and schedules of a group of busy adults. The Last Session Vol. 1: Roll for Initiative uses the familiar structure of a fantasy tabletop game as commentary on the li 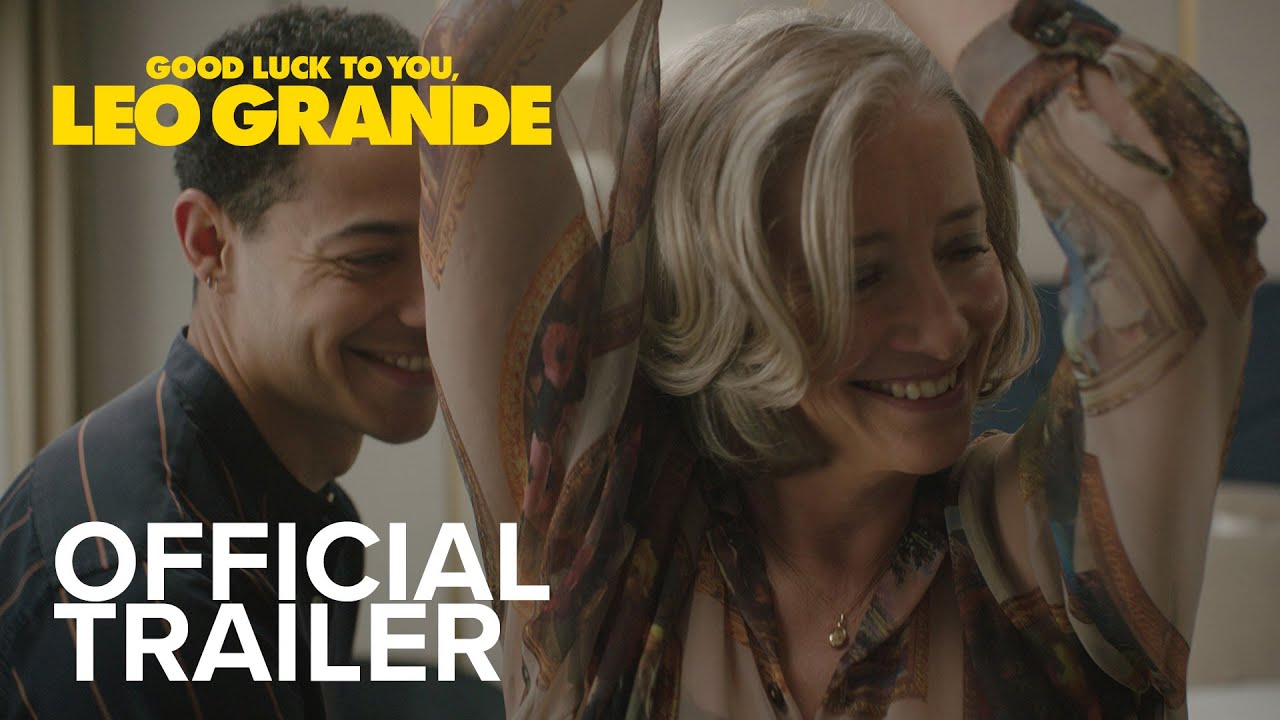 Here’s to You, Mrs. Robinson Or Good Luck to You, Leo Grande

By Lori Perkins So my posse of post-menopausal women have all been watching this Hulu-exclusive film starring Dame Emma Thompson and Darryl McCormick and marveling at Thompson’s “bravery” for showing her naked true self and addressing the usually unspoken subject of older women’s sexuality. This has also been the focus of so many of the movie’s reviews and interviews featuring Thompson (haven’t seen much with McCormick). But this film is so much more than that. It is so well-

Top, Bottom, Vers or Side? You Decide

By Lori Perkins Prior to the pandemic, I would receive periodic invitations to panel discussions on sex, often promoting various new sex toy products, and offering a panel of esteemed sexperts giving their opinions and anecdotes to liven the product pitch. These evenings (usually after work) would end with a gift bag of product. This week I was invited by Trojan condoms to one of these events with lunch (delicious by the way) in the middle of the day. I knew one of the pane

It’s the 50th Anniversary of the Watergate Break-In And What Have We Learned?

By Lori Perkins I never thought this would be such a minor event, as Watergate defined my childhood/early adolescence and the Washington Post’s Woodward and Bernstein’s determined coverage of the Nixon Administration’s corruption was what lead me to become a journalist. Fifty years after the Watergate break-in, I never thought I’d be writing that nothing has changed; or that another Republican president’s corruption was even worse than Nixon’s. I don’t even know if the next g

By David T. Valentin As is the case as of lately, a mediocre white man comes out and puts themselves on the guillotine to be ridiculed by the masses because they’ve come out of their dark, isolated holes to complain about how diversity has ruin their careers. Today, the white man in question is none other than James Patterson, an author who has published two hundred and sixty Times best-sellers in the past 17 years. In the interview published by The Sunday Times, Patterson sp

By Lori Perkins I don’t think I’ve ever seen anything like this before, but correct me if I’m wrong. A major celeb is criticized for using a word that is derogatory and instead of just apologizing, or doubling down, or blaming someone else, listens, and then does something about it. POWERFUL. I liked Lizzo form the beginning. Her work was always so positive in so many ways, and she exuded joy. But I never expected to be in awe of her. Let’s face it, pulling a song and re- 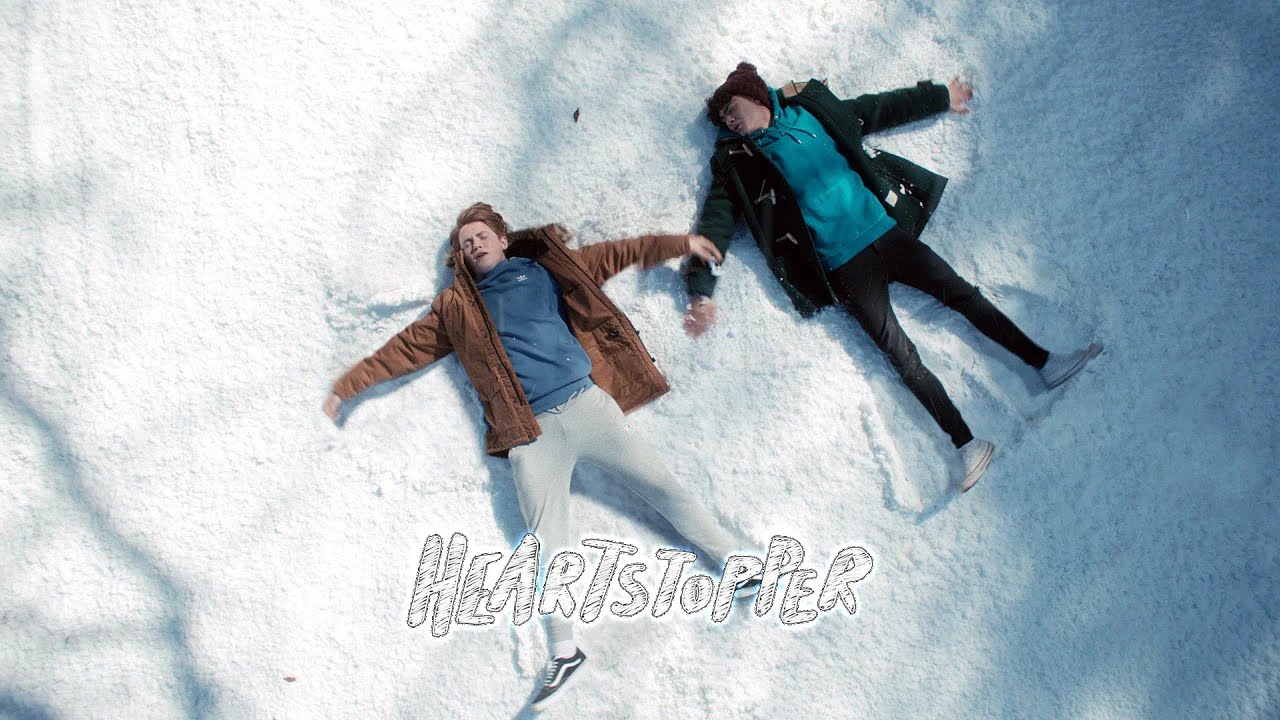 By David T. Valentin Heartstopper, which premiered April 22nd and seized the internet by storm, won best musical moment at the MTV awards this week. The scene, which is a pivotal moment between Charlie Spring and Nick Nelson, shows the two of the them playing in the snow together, throwing snowballs, rolling around making snow angels and sticking out their tongues catching snowflakes as the song “Dance With Me” by beabadoobee. By the end of the scene, the two find a simple pl

Book Review: Out of the Blue By Jason June

Out of the Blue By Jason June Narrated by André Santana and Neo ChiHI Queer Romance ★★★★★ High school breakups, quirky best friends, first true love and merfolk, Out of the Blue drowns you in a whirlwind of emotions from the very beginning to the end, making you want to beg the author for more at the drop of the last word. Out of the Blue follows Sean, a current lifeguard and an aspiring director for romcoms, after he’s been dumped by his shitty ex, Dominick, who just “wasn’t

By Lori Perkins On Thursday afternoon, 40 year-old Britney Spears married her boyfriend of four years, 28 year-old Sam Asghari at her Los Angels home with a small guest list of about 60, that included celebrity pals such as Madonna and Paris Hilton, but very few family members. Her third marriage comes months after she was freed from a 14-year conservatorship overseen by her father, where every decision she made needed to be approved. In April Ms. Spears announced that she wa

By Lori Perkins The Madonna biopic has been cast! After an intense auditioning process, Julia Garner of Ozark and Inventing Anna fame, has won the role, beating out Florence Pugh, Sky Ferreira, Bebe Rexha, Odessa Young, Emma Laird, and three Euphoria stars: Alexa Demie, Sydney Sweeney, and Barbie Ferreira. Rumor has it that she was Madonna’s first choice all along. The film, tentatively titled Little Sparrow, will be directed and co-authored by Madonna, with Juno scribe Diab

By David T. Valentin Let’s be honest, the most memorable moments in a wedding are the food and the bar service. Sure, the bride looks beautiful, the groom looks handsome and the venue is stunningly picture-perfect. But when your guests leave for the night after hours of yapping and dancing and having fun, the thing they’ll talk about most is the food. So, when a bride posted about not having catering at her wedding, the internet was abuzz. Yesterday, a redditor posted in the
1
2