A Story and Armor of Rainbows: When They Banned The Pride Flag

Editor’s Note: For most queer people the Pride parades celebrated across the world in the month of June are some of the happiest days of the year. It’s fairly easy to see why if you have ever attended a Pride parade. For an entire day your sexuality—something you may have internalized as something wrong, not quite right—is celebrated and explained as a unique high and an awakening of sorts to the real you. It’s the celebratory feeling of acceptance and love and understanding

British Nurse and Doctor Marry in Hospital Where They Work

Source: Guy and Saint Thomas' A British doctor and nurse who had canceled their wedding plans due to the coronavirus pandemic found a way to reschedule their wedding at the hospital where they work. Jann Tipping, an ER nurse, and Annalan Navaratnam, an acute medical doctor, had planned to get married in August, but had canceled because they feared their family members wouldn’t be able to travel at that time. But the couple were able to have family members from Northern Irelan

Image taken from Netflix Australian Hannah Gadsby up-ended American comedy last year when her freshman Netflix special “Nanette” made us all see that there was a whole new way of making fun of our society without being misogynistic and/or racist. She gave us a new definition of punching up managing to cover sexual assault and bullying in a comedy routine, and not make it squicky. “Douglas” is the title of her latest Netflix special, named after her dog (and, we learn, a inte

Image taken from website Book Expo America (BEA), the annual conference for the publishing industry that usually takes place in the last week of May in New York City, has gone online as a result of the Coronavirus. For the next few days, industry professionals and avid booklovers can tune in online to author dinners, panels and book trends presentations. Some of the highlights include a number of children’s publishing events which will be presented on Thursday and Friday. Th

Finding Motivation in an Un-motivating Time

I am an individual who thrives on routine; I, for most of my 22 years, revolved my life around my schedule, my motivation stemmed from this routine. Take high school, which I’m now five years out from, for example. During these awkward teenage years I made sure to continue the same routine every day, leaving the same time, getting the same coffee order, sitting outside the same locker until classes began, where I then lived my life from bell-to-bell. When in college, my sched

Image taken from the poem section of the website A Love in Verse They say if you’re ever loved by a writer you’ll never die. That was certainly true for Peter Gordon’s wife, Alison, when Peter decided to write his wife a poem every day for 25 years. It had started as a joke 30 years ago when Peter wrote a poem and hid it under Alison’s pillow where she found the poem and liked it. Every day since he has written her a poem, even after her death four years ago. “She was quite a

Photo credit to Annabel of Belathee When Elaine Welteroth, a former Teen Vogue editor and Project Runway judge, and her musician fiancé Jonathan Singletary realized that the carefully planned destination wedding they had dreamed about in the Dominican Republic was not going to take place this spring, the couple decided to keep the date and improvise. The date 5/10/20 was important to the couple, who has met when they were 12 in church in Northern California and reunited as ad

It’s heartbreaking to hear stories of weddings being canceled for the time being ‘til the pandemic settles down and things get a little better, a date completely unknown to experts and common people alike. How unfortunate to know a day you’ve looked forward to since your engagement to the one you love has to wait, the wedding you’ve dreamed of since you were young is postponed? Still, love always finds a way. Take for instance Unsha Bakker, a Muslim bride to be, who had to ma 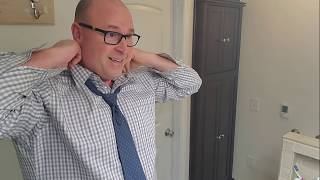 Having parental figures while growing up is a monumental factor in how children are raised and the people they become. My father is a handyman, but his gardening skills are superb, something I strive to mirror when I get older. My mother, in comparison, has shown me compassion for other people and how to find happiness in even the worst situations. While most people have supporting figures in their life to guide and teach them, many are not as lucky in this area. This ranges

In a surprise move, yesterday the Romance Writers of America Board of Directors announced the introduction of a brand-new award, The Vivian, “named after RWA founder Vivian Stephens, whose trailblazing efforts created a more inclusive publishing landscape and helped bring romance novels to the masses.” Equally surprising, RWA announced that they would be ending their annual RITA Awards, which had been perceived as the Oscars of romance writing, but had recently been tarnish

As of May 12th, all Broadway productions will stay closed until September 6th, extending an already long temporary closure of the shows that began on March 12th, or the day the theaters went dark. The Coronavirus pandemic has caused all forms of entertainment to be shut down until an unknown date, forcing many actors and other stage crew to go on-to unemployment. However Broadway is not the only theater platform in the world that has temporarily closed its doors. While some a

As the annual book awards season rolls in, the innovative hybrid publisher Riverdale Avenue Books announced that four of their titles have received awards. Riverdale Avenue Books won a Bronze Medal from The Independent Publisher Book Awards, affectionately called the IPPY Awards, in Erotica for No Safewords 2, edited by Laura Antoniou, and a second Bronze Medal in Horror for The Armageddon Chord, by Jeremy Wagner. The Golden Crown Awards, the leading lesbian literary awards,

The Trikini- Fashion for the Pandemic

photo: Insidefoto/ Backgrid When the Jersey Shore opens this Memorial Day, will we see Snooki and Jenni WoWW in a Trikini? The Trikini is the latest development as a result of living worldwide pandemic. It’s a bikini with a matching waterproof face mask, and People Magazine tells us that Kelly Rippa is a fan. This swimsuit was developed by Tiziana Scaramuzzo, owner of the Italian brand Elexa Beachwear line. According to the Daily Mail, Scaramuzzo told Italian news outlet Cen

Barack Obama Gives Hope in a Time of Unknown

Image taken from Obama's digital commencement On May 16, NBC, ABC, CBS, and FOX broadcasted ‘Graduate Together’ in order to celebrate the Seniors of all levels, but more specifically high schoolers, whose year has been cut short due to the Coronavirus Pandemic. The program, hosted by Lebron James, featured a plethora of celebrities and other prominent personalities such as the Jonas Brothers, Megan Rapinoe,and Malala Yousafzai, but the star of the ceremony was Former Preside

Divorce in the Time of Corona: Mary Kay Olsen Files for Emergency Divorce

As a divorced woman myself, I’ve wondered what it would be like to be stuck in lockdown with someone you can barely stand. Well, Mary Kay Olsen, one of the actors/fashion empire twins from “Full House,” has shown us the way. After five years of marriage to her much older husband (who is the half-brother of the former president of France), Olsen filed for an emergency divorce this week because her banker husband had informed her that he wanted her out of their Greenwich Villa
1
23