An Angel with Rainbow Wings

Featured Ellis Roberts-Wright For those who don’t know, the holiday season isn’t the jolliest for some folks of the LGBTQ+ family. Many LGBTQ+ individuals face passive aggressiveness, discrimination, or worse: outward rejection. But Ellis Roberts-Wright decided to do something about it this year. So it seems, from time to time, there are little angels watching over us, helping us along this very wild journey that is life. It seems a certain rainbow with angel wings has been l 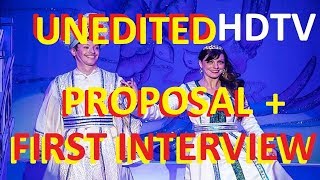 Aladdin Proposes to Jasmine For Real in English Production of Musical

Marriage Proposal On Stage Aladdin Pantomime Full HDTV Leicester De Montfort Hall 28th December 2019 The actor who played Aladdin in the Leicester English production of Disney’s Aladdin proposed to the actress who played Jasmine beside him for four years on stage on December 27th. Theatergoers cheered as Adam Pomeroy proposed to Natasha Lamb after the curtain call on bended knee saying, "I love you with all my heart. You're my best friend, and if you'd let me, I want to be yo

Carrie Fisher’s Daughter, Billie Lourd, Has a Message for Those Grieving During the Holiday Season

picture featuring Javier Rodrigues This November a group of 5o friends, family, and hospital staff made their way into the University of Chicago Medical Center’s seventh floor to celebrate the wedding of Javier Rodrigues and Crystal Cuevas. The 23-year olds have been dating since high school and wanted to spend the rest of their lives together. Javier, known as Javi to friends and family, was to be placed into hospice care on Thanksgiving, four days after his wedding. Javi su

Picture of Courtney Milan It seems that there has been an instance of spontaneous combustion at Romance Writers of America. On December 23rd, Romance Writers of America sent Courtney Milan, a NY Times best-selling author and one of their former board members, a formal document informing her that she had been unanimously censured and suspended from the organization for a lengthly back and forth on Twitter this summer involving a small publisher and two of their editors whom Mi

Payment of Exposure declined: Delusional Bride Expects To Pay Everyone With ‘Exposure’

With the holiday season coming to a close, many of you are going into the next year with an engagement ring clasped around your left ring finger. Which means that planning a wedding is in order. And with these kinds of things, there are of course a list of do's and don'ts we all may wish to discuss before we go public with our ideas and give everybody involved a headache. One bride to be was lucky enough to snag a historical landmark from her groom's godmother at her estate f

Yew Fook Sam. (Change.org) It seems Christmas miracles do exist, like when Yew Fook Sam received an early Christmas in the form of asylum status from the government. The 67 year-old-man, who has been living in the UK since 2005, was recently accused of “not being gay enough” for Home Office officials. Using the fact that he doesn’t have a boyfriend as evidence, they could not grant him asylum. Home Office officials then threatened Sam with deportation back to Malaysia where b

The Gift of Homosexuality

The holiday season is the season of gift giving, so why not give your family the gift of your honest and true self? That’s what one teen decided to do a few years back in 2017 when he came out to his family. For 2017, one imgur user decided to give the gift of homosexuality for Christmas by creating an elaborate gift that’s a great mix of funny and serious metaphors. The imgur users first photo featured a box, with marker drawn doors on the flaps. The box clearly resembles a

So, we all know that the holidays are an extra month-long chore for a lot of women, but most of us love it. For me, it’s one of the few times of the year where I actually shop for myself, kind of a one-for-you, one-for-me deal. And the great thing about this rapidly changing life we are all living, is that now you can buy almost all your gifts online and get them there in two days with free shipping. So it’s NOT too late to go shopping! You can also just run out to the local 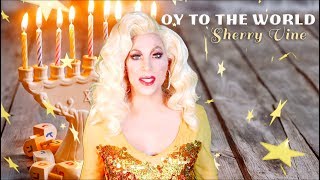 In the spirit of Christmas, it can sometimes seem every year Hanukkah gets outshined by the Christian holiday. Well, not anymore. We’ve heard of Drag Queen Story Hour before, where drag queens come into public libraries to read children’s stories to kids. Yes, in full drag. Now, one drag queen, Sherry Vine (aka Keith Levy) has decided to create an eight-part Hanukkah series, titled “Oy to the World,” on her YouTube channel gaySVTVworld. “Josh [Rosensweig of gaySVTVworld] and

Photography done by Mark Shelby Perry You get to a certain age and you feel as though you have seen every variation of the holiday productions a thousand times. Can you really sit through another performance of Handel’s Messiah, A Christmas Carol or The Nutcracker? Well, if you are willing to venture out to Bushwick, the answer is decidedly yes! Photography done by Mark Shelby Perry Company XIV, a dance/theater troupe of about 20 members, will astound you with their intimat

First When Calls the Heart Christmas Special Without Lori Loughlin

The Hallmark Channel finally shared a first look at their annual When Call the Heart Christmas special, When Calls the Heart: Home for Christmas. This will be the first time one of the show's holiday movies will not star Lori Loughlin, who was arrested for fraud in her daughter’s college admissions application process, and subsequently fired by Hallmark. Erin Krakow | ©2019 Crown Media United States LLC/Photographer: Ricardo Hubbs The Hallmark When calls the Heart Christmas s

Surprise Guest at an Aquarium Wedding

When this couple held their 2017 wedding in Mystic, Connecticut’s aquarium, they had no idea what was going to happen. Although, I imagine they figured it would be one of the best days of their lives. With fish floating behind them, their views were expected to be quick magical. Yet things took an interesting turn when a beluga whale peaked his head into the wedding and upstaged the special couple. When the couple were taking their vows, the beluga swam behind them and linger

You’d figure the Hallmark Channel, a company that makes most of its money around the holiday seasons, would behave a little better while under the holiday spotlight. Just a few weeks ago, Hallmark was under the fire of a faux petition created by LifeSiteNews, a Catholic anti-abortion news outlet, after the company swore they’d be looking for pitches for LGBT movies in the coming under. Maybe in the spirit of the jolly holidays that’d keep to their word? Well, no. At the begin
1
23